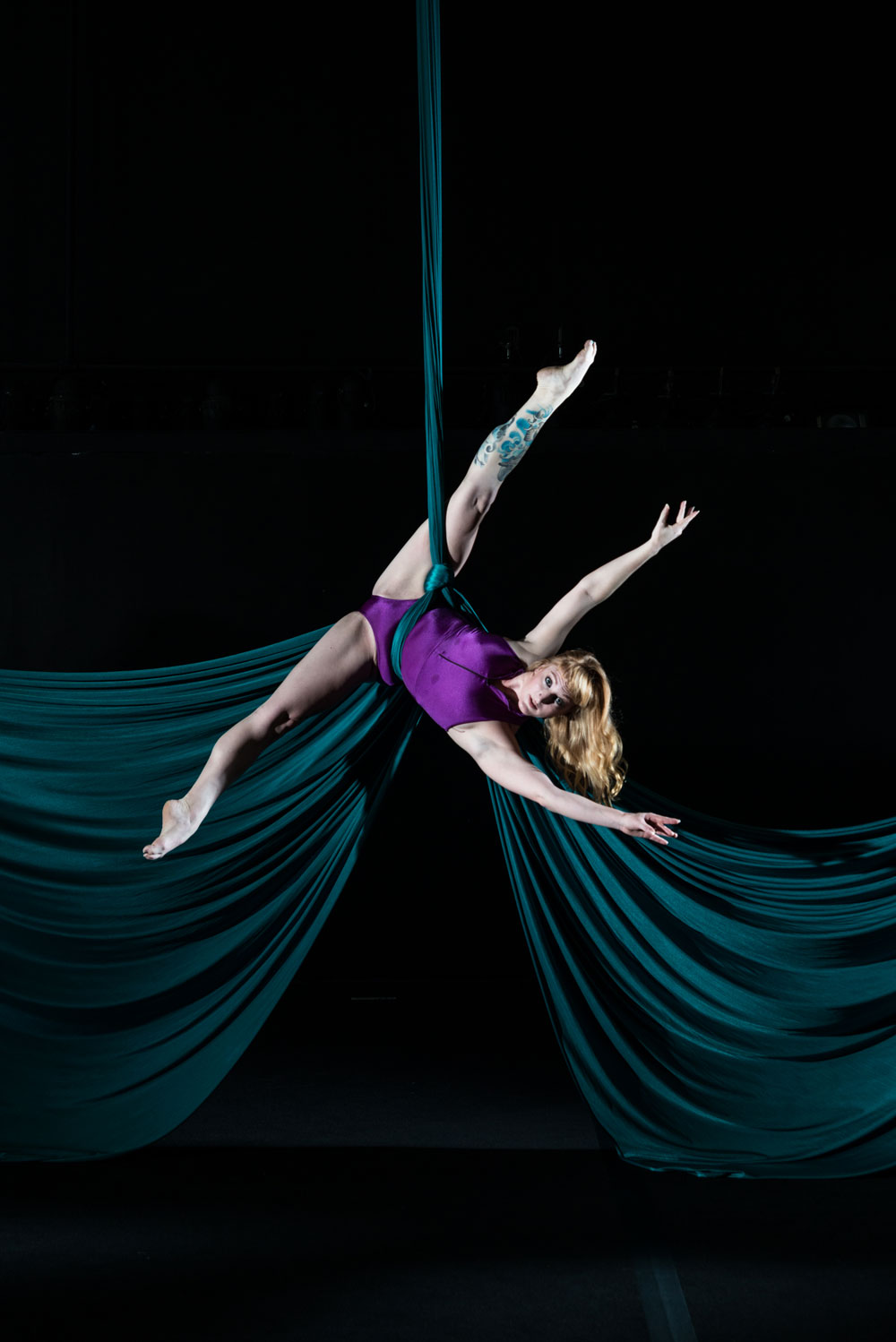 Shannon Stanley is a lifelong performer with twenty years of movement instruction experience. She started training in Classical Ballet at the age of 3 and studied at prestigious academy Central Pennsylvania Youth Ballet. By the age of 18, she was dancing professionally with companies Virginia Ballet Theater and Miami City Ballet and graduated from the Governor’s School for the Arts. She received a Bachelor’s Degree in Humanities from Florida State University and started studying aerial arts. She fell in love with aerial silks and was soon performing and choreographing professionally. Most notably known for performing in and later becoming the aerial coach for international touring show: Marvel Universe Live! as well as performing in TV and film. Shannon uses her detailed eye and emphasis on technical application with strength conditioning efforts to help guide others to be successful in their training. She was a long time coach at The Space and recently became the head of Aerial Silks at Akrosphere in Georgia. When she is not working in the air, she can be found kickboxing and enjoying time with her Husband and three dogs in Atlanta, GA.