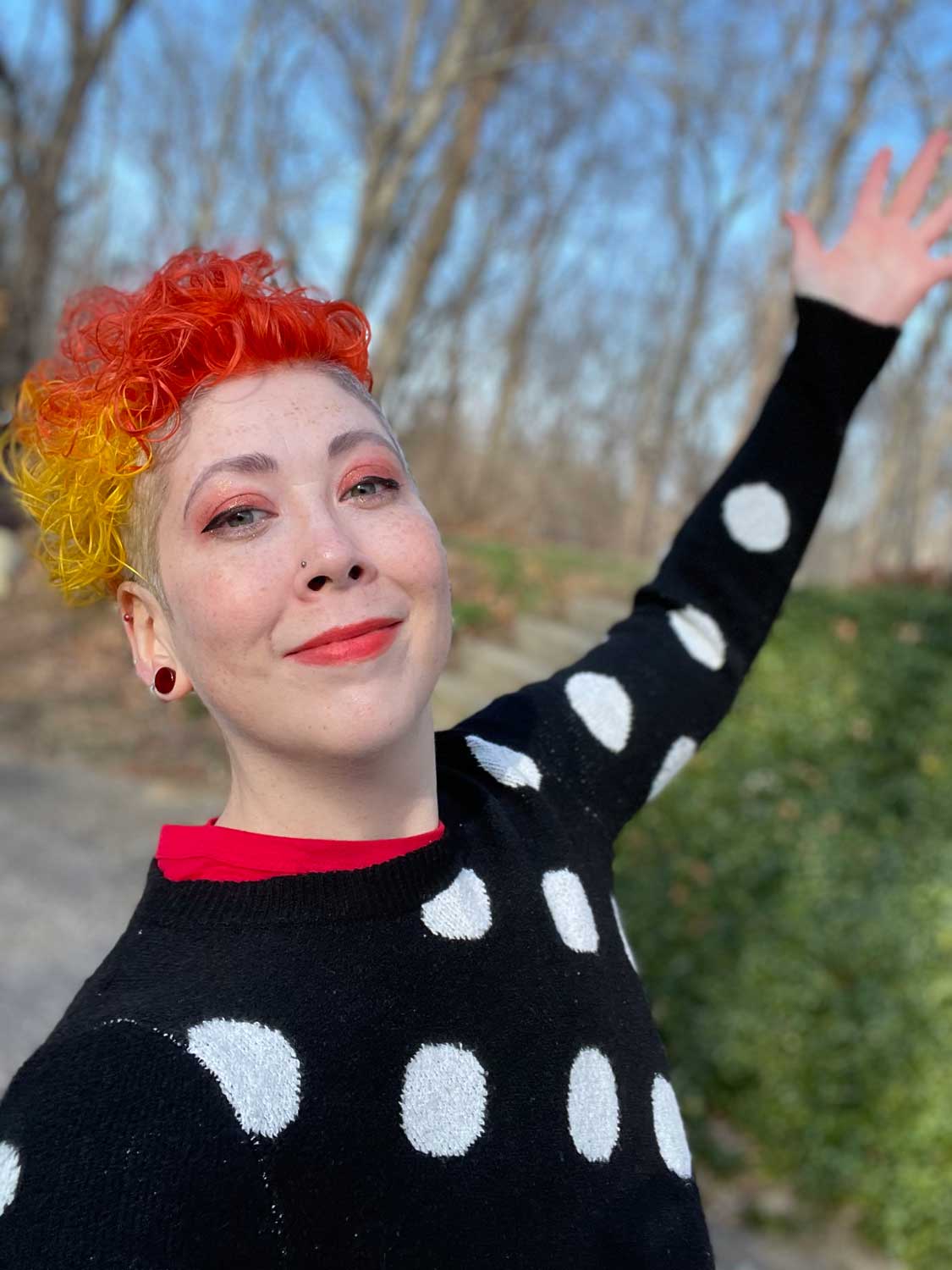 Phoenix Leigh (they/them) is a puppeteer, writer, director, and teacher. They create and produce original shows for their company, North Star Puppets. Phoenix works with all kinds of puppets: rod, Muppet-style, shadow, marionettes, and more.

North Star Puppets are the official puppeteers of the Philadelphia Folk Festival. They created and perform the 16-foot tall Smiling Banjo, the mascot of the Fest.

Phoenix originated the role of Alfreda the Cheetah in X.Tink.Shun by The Jim Henson Company at The Philadelphia Zoo.

Phoenix has performed at The O’Neill National Puppetry Conference, Dragon Con, burlesque shows, and puppet slams all over the country. They have toured the USA 3x. Circus Town, their original webseries that teaches physics through circus stories, is on YouTube.

Phoenix has contributed four feature articles for BUST Magazine, including interviews with the women puppeteers of Sesame Street. They were a Balloon Handler in the 2022 Macy’s Thanksgiving Day Parade.

Phoenix is thrilled to be part of the NECCA team!