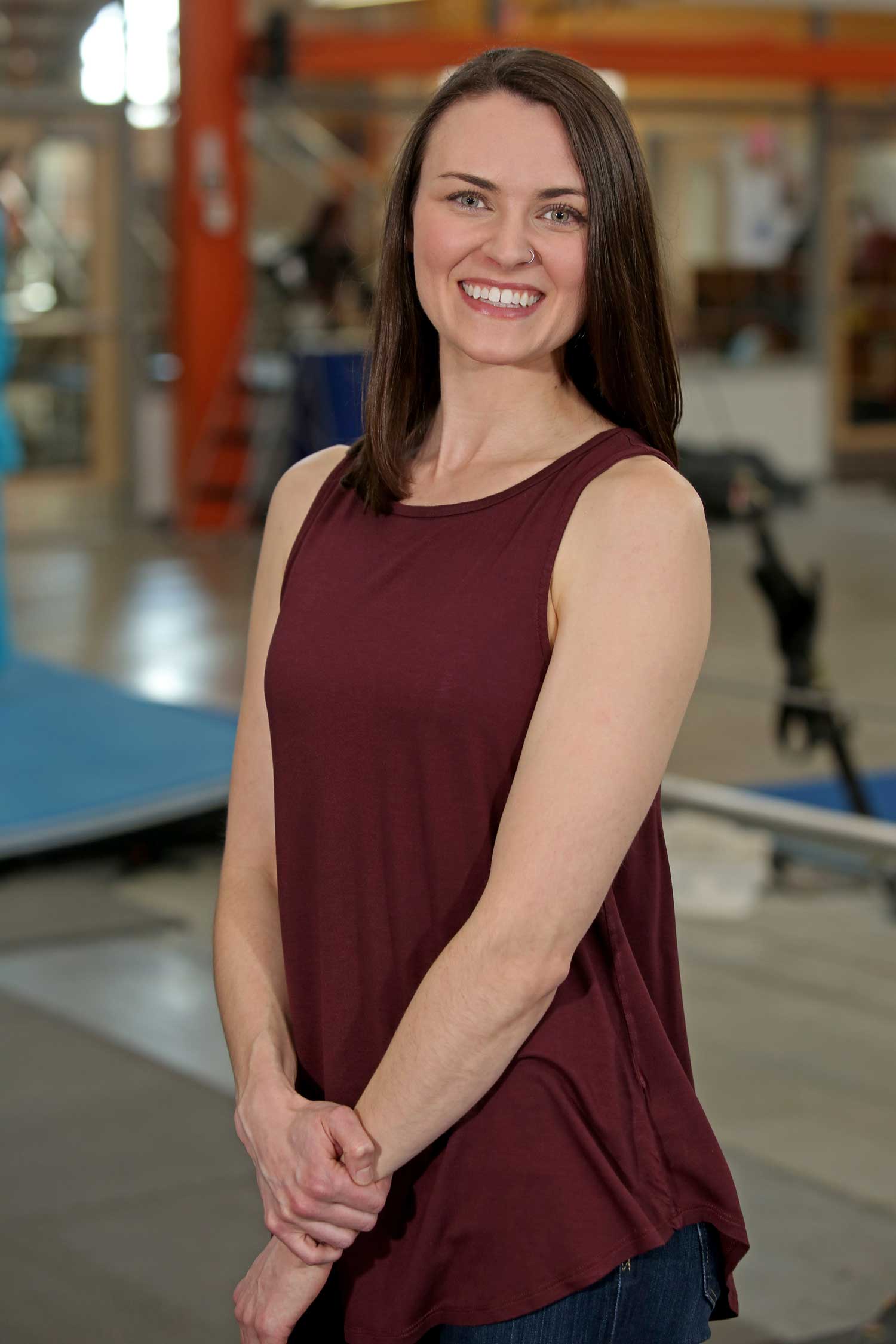 Meghan Shumway’s first introduction to circus was trying flying trapeze on vacation in 2014. She was immediately hooked. When she returned home, she began flying at TSNY New York occasionally, which quickly turned into as often as possible. Meghan started flying at NECCA in 2015 and shortly after also began exploring duo and solo static trapeze. Meghan works by day as a transportation
acoustical engineer and is incredibly happy to moonlight as a trapeze coach to share the joys of circus with others, especially those who may not have thought it was within their reach.