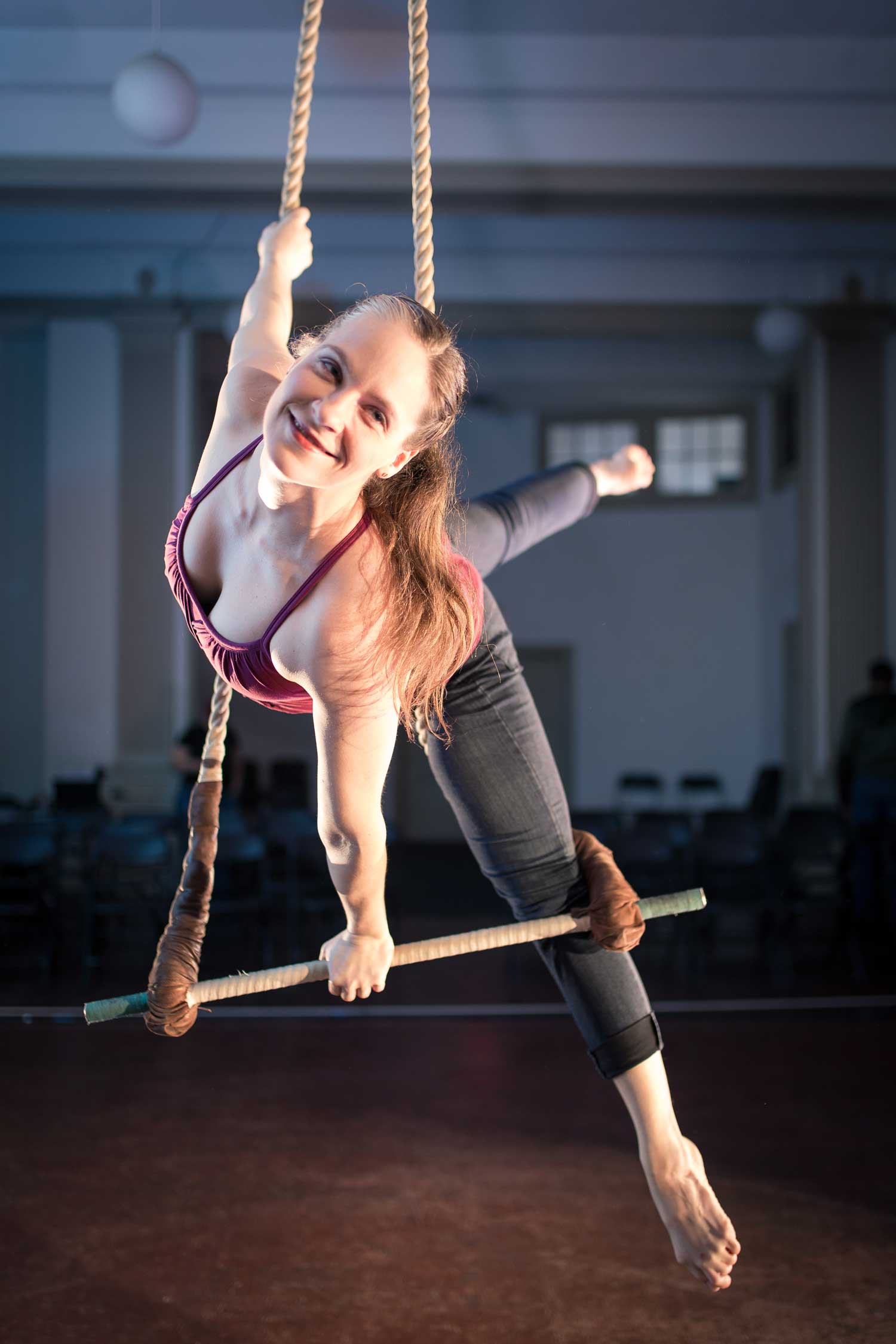 Megan has performed circus professionally since 2007, working primarily in handbalancing and trapeze and drawing from a strong dance background. She’s traveled the world performing in cabarets and festivals including the Chicago Contemporary Circus Festival, the Golden Karl international circus festival in Latvia, and the Daidogei World Cup in Japan. Megan has performed classical ballet as a principal dancer with the Farm to Ballet Project and joined in the creation and performance of a wide variety of touring ensemble circus shows with companies including Acrobatic Conundrum, LAVA, Alter Circus, Big Teeth, Tinder & Ash, and One World Circus. She is a 2012 graduate of the New England Center for Circus Arts’ ProTrack program and a Nimble Arts-trained trapeze teacher.

Megan has taught handbalancing, trapeze, acrobatics, act creation, and more to youth and adults since 2008, on staff at NECCA, the Philadelphia School of Circus Arts, and LAVA Brooklyn, and via workshops and master classes at more than a dozen circus schools around the United States, including the Chicago Contemporary Circus Festival, Southern Fried Circus Festival, Versatile Arts Pacific Northwest Workshop Weekend, and Atlanta Aerial Arts Festival.

Megan is best known for her inventive trapeze choreography, her emotional performance work and immediate connection with the audience, and her warm and thoughtful teaching style. Find her on IG @megan.gendell or at megangendell.com.