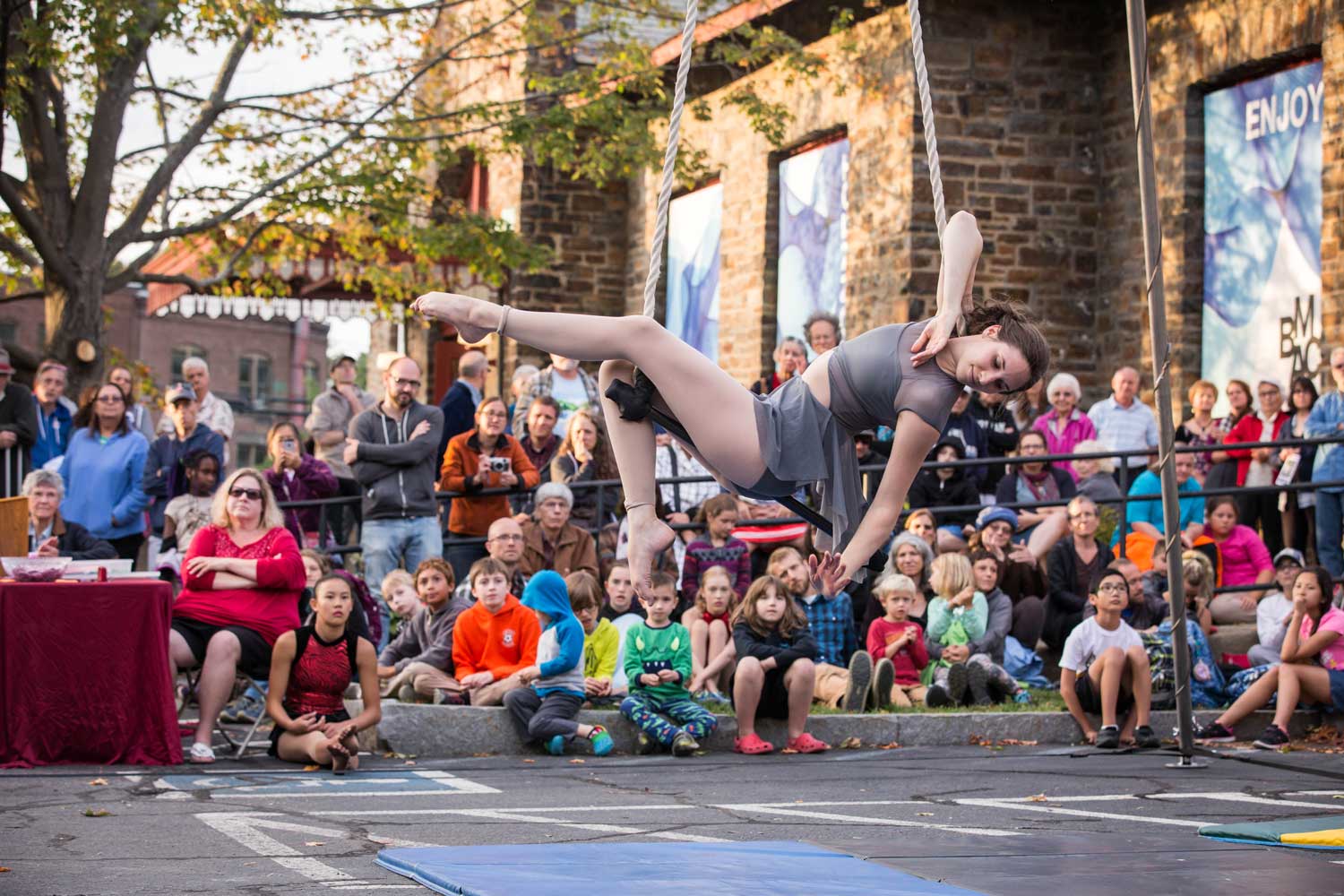 Katie Schmidt has been an aerialist since 2002 and been teaching since 2009. She began her circus adventure at Canopy Studio in Athens, Georgia at the age of 11, where she trained and later shadowed to become a teacher under Susan Murphy. As Canopy is a dance/single point trapeze focused studio, that became her primary focus. In addition she began exploring and performing on fabric and a variety of metal equipment. In 2010, she went to further her circus studies at New England Center for Circus Arts in Brattleboro, Vermont, in their nine month Intensive Program, majoring in wire walking and minoring in duo tippy lyra. In 2012, Katie returned to Canopy Studio to teach all ages and join the Repertory Company. In August 2013, she became the Teen and Youth Coordinator, building a teen program from the ground-up, directing multiple teen shows, and providing a safe, fun place for teens and young adults to explore the circus arts. Her time there emphasized the importance of being out in the community letting all ages know about how aerial arts can be great for the mind and body. In August 2015, Katie decided to move back to Vermont to continue studying circus and broaden her teaching horizon.